Material UI is one of the best React component libraries, widely known for making web development more efficient and faster.

It has many pre-built components and templates, including dropdown menus, navigational tools, and pre-built sliders, so you don't need to waste time developing your own.

React-Bootstrap replaces Bootstrap JavaScript. Each component has been built from scratch as a true React component, without unneeded dependencies like jQuery.

React-Bootstrap is compatible with various versions of Bootstrap.

Semantic UI is a framework that helps you build web applications. It provides a set of components for your applications, tools for defining responsive layouts, and flexible theming support.

The easiest way to install Semantic UI is our NPM package which contains special install scripts to make setup interactive and updates seamless.

Blueprint is a React based UI library created by Palantir.

It is optimized for building complex, data-dense web interfaces for desktop applications which run in modern browsers and IE11. This is not a mobile-first UI toolkit. 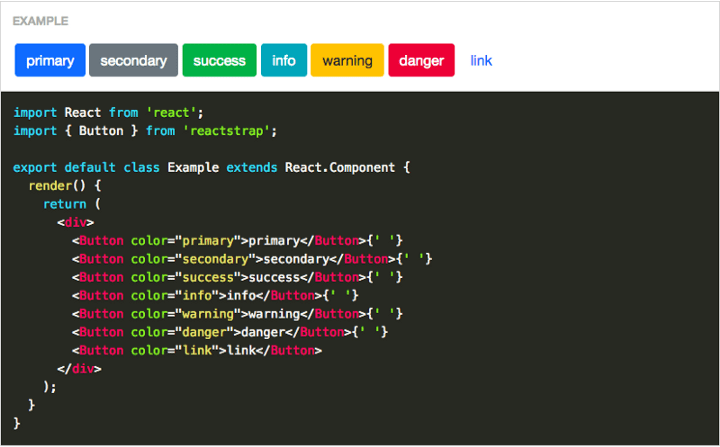 Reactstrap is a React component library for Bootstrap

Reactstrap is currently compatible with Bootstrap 5.1. If you are using Bootstrap 4, you'll need to use Reactstrap v8

PrimeReact is a rich set of open-source UI Components for React.

Get enum key by value in Typescript