This article, provides you step by step procedure to create program to print hello world in C# console application using Visual Studio and it also explains the code line by line, to make it understandable. 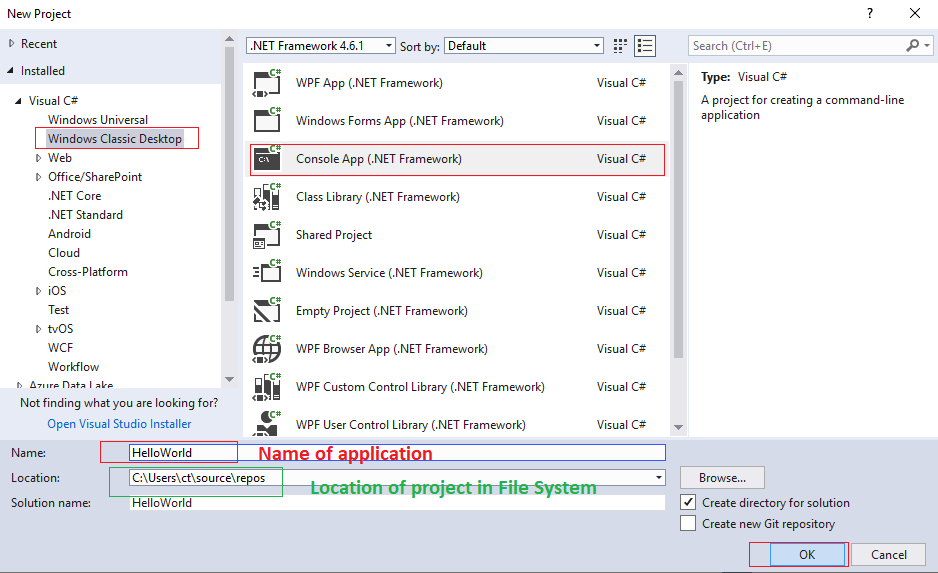 Once the project is created you will a output like below

Step 2: Now, we will write code inside Main method to print "hello World".

I have removed few lines of code which was starting from "using", basically those were namespaces which were automatically imported, but we don't need them in this program so to make code more clear, I removed them.

I have a added a line "Console.Readkey()", it will basically keep our Console Application running, and save it from automatically closing it, until we press any key on keybpard.

You will see output as below 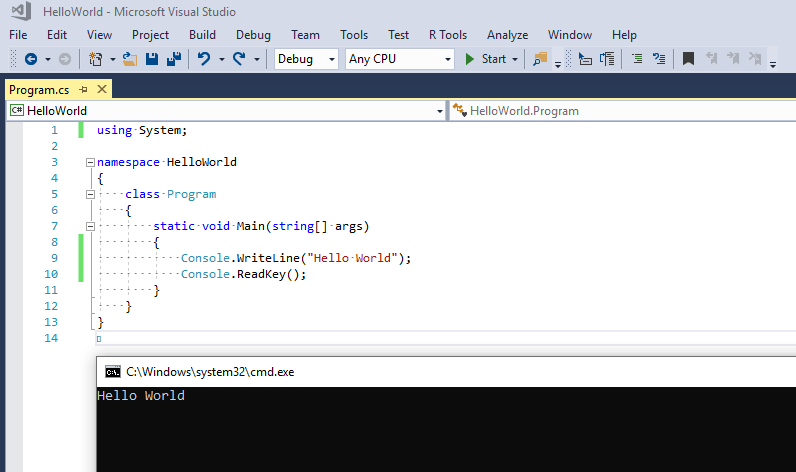 Let's understand each line of code.

using System; - This line of code, is basically adding a namespace "System", in this program. Namespace is group of class, to make development easier, we create namespace in C#. System is the namespace which is provided by .Net Framework.

class program - we are declaring class named as "program". As C# language is OOP (Object oriented programming) based, classes are used to define methods/variables etc, where class is keyword in C#

Inside braces we have written code to print "Hello World"

Console.WriteLine("Hello World") print the "hello World" in console application, while Console is a class inside System (namespace used) and WriteLine is a method inside Console class and "Hello World" is string argument passed to this method

Console.ReadKey() as another method inside Console Class of System namespace, which is used to read input key from keyboard.

Why do we use semicolon at the end of code in line 9-10 of above screenshot?

It is because in C# we're using semicolon to tell the compiler the statement is over.

A closing curly brace means the end of a code block so semicolon is not needed behind curly brace.

How to debug in visual studio? (Tutorial to debug C# code)

How to read and write in Console app using C#?

Thank you, very helpful articles. Its useful and helpful information.