In this article, I have explained how you can perfom file handling operatins like writing to file or reading from file in C++ using fstream, ofstream and ifstream. Using file handling in C++ we write to or read data from, files stored on hard disk.

Before we proceed further, we will like to introduce you about File, so file is a logical collection of records where each record consists of number of items known as fields. We can check file-type by it's extension, for example : .txt(text file), .cpp(c++ source file), .exe(executable file), .pdf(portable document file) and there are many more file-types..

Now, the records in files can be arranged in three ways, Ascending or Descending Order, Alphbetically and last one is Chronologically (Basically records is arranged in order of occurence).

Files and Streams in C++

In C++, file handling is done using streams, a stream is a data flow from a source to a sink. The sources and sinks can be any of the input/output devices or files.

In C++, fstream is used to read or write from files.

So it can be divided into three classes, ifstream, ofstream and fstream.

You can use the below functions to open, read, write or close functions in C++.

Writing to a File

Reading from a File

Example of Reading and writing to file in C++ 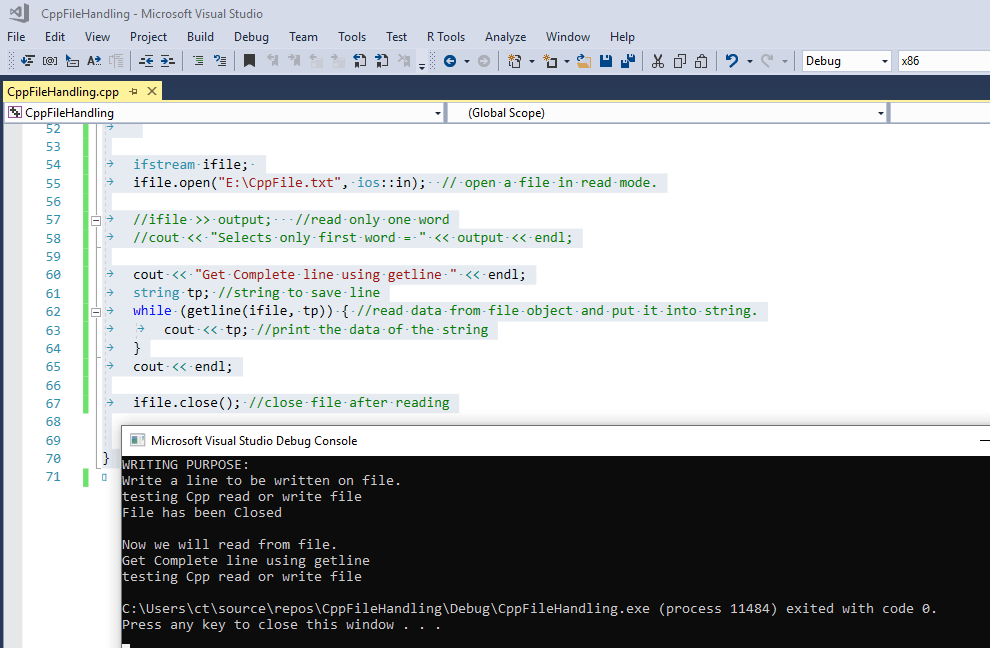 You can also verify the file, it must have output like below 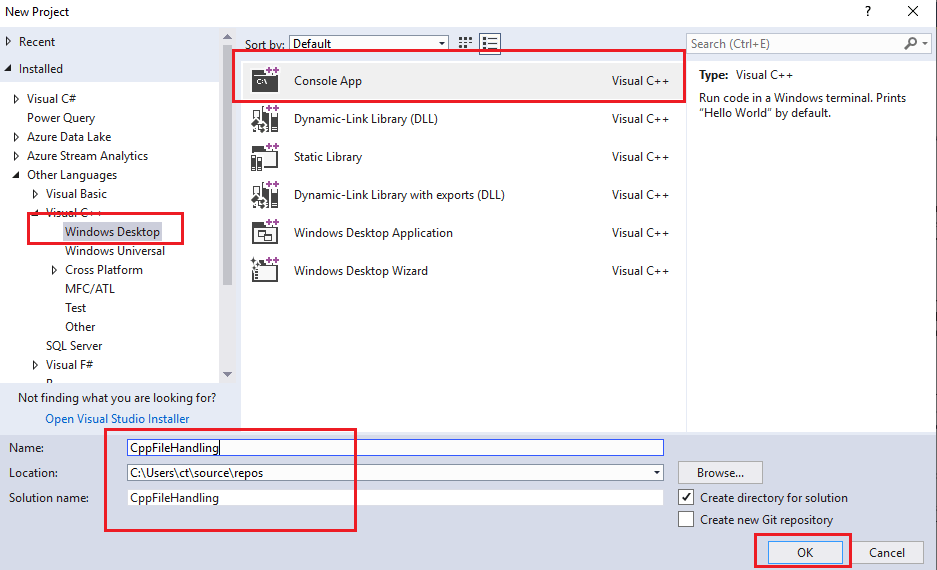 From solution explorer, click "Source Files"-> "CppHandling.Cpp" file to open it and use above code.

Switch case in C++ with example

C Program for matrix multiplication using Pointers and Without Pointers

140
Remove last character from string in Python?
91
How to add comments in XML?
165
What is shortcut for expand-collapse sections of code in VS Code?
86
How to escape quotes in json?
67
get location name from latitude and longitude in .net