What is Unit Testing?

Software applications are built using various small functions, which are dependent on each other to create a bigger application.

There we should have automated tests to run, whenever application functions changes, to check if the working still remains intact or not.

So to make it easier, we write some test cases for individual components of the application, to check if the code is working as needed and giving us expected output with sample values or not, if the test is giving correct output it is marked as "passed" else "failed."

This testing is called "Unit testing" because we break down the application functionality into smaller functions and test them individually, which can be called units.

Now, we know the basics and advantages of unit testing, we can proceed to the unit testing example in C# using MS tests in Visual Studio.

In this test, we will be using a console application project and will add a new unit test project in the same solution.

Basically, we will create Unit Tests for the sample class method of adding two numbers.

Step 1: Open your Visual Studio and create a console application by navigating to "File" -> "New" -> "Project" -> Select "Window Desktop" from left-pane and "Console application" from right-pane, name it "AddNumber" and then click "Ok"

Step 2: In your project, add a new class by right-clicking on Project and then select "Add"-> "New" -> "Class", name it as "Numbers.cs" and use the below code

Step 3: Now, we have the basic Console application, let's add a new Unit Test project in the same solution. 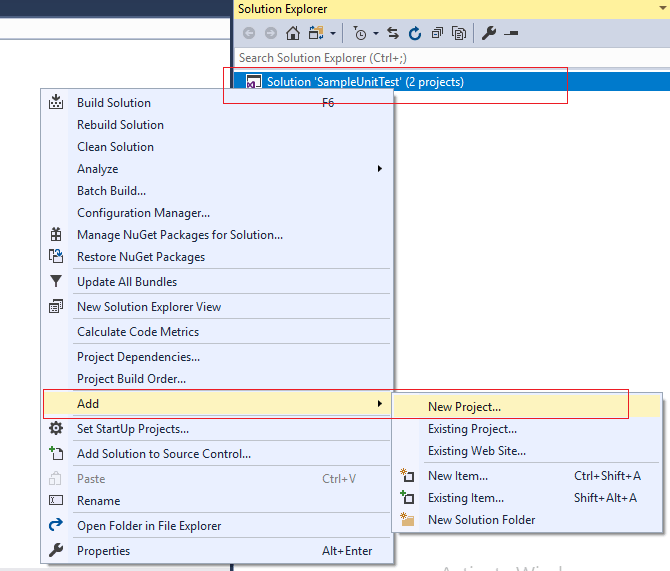 Now, select "Test" From the left-pane and "Unit test" from the right-pane, name your project, and click Ok, as shown in the below image 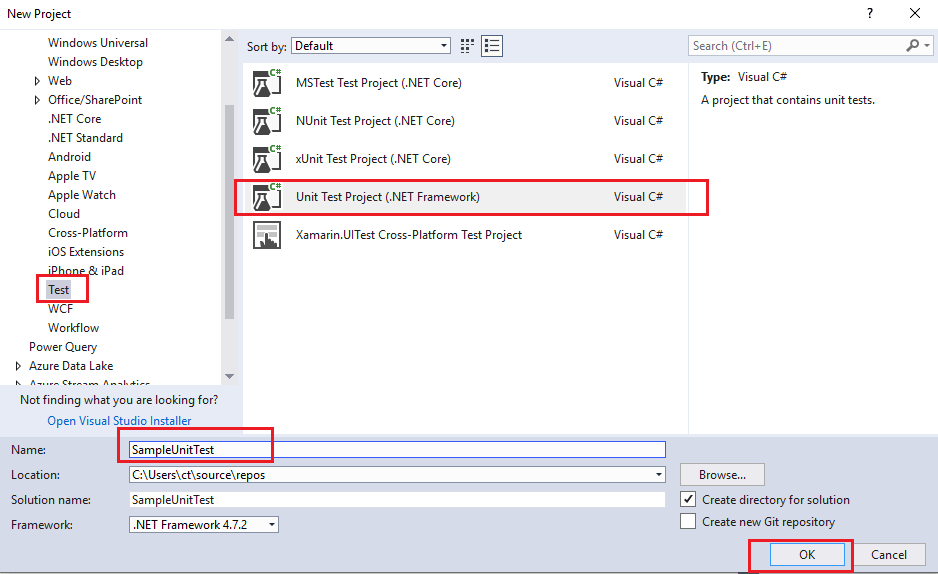 Step 4: You will see we have already created a Unit test class with below sample code 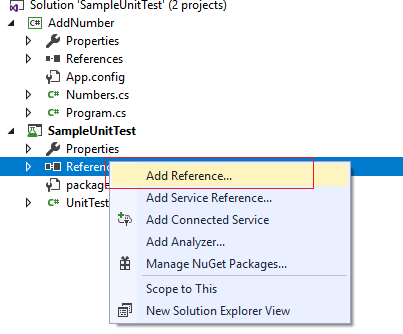 Then select "Projects"-> "Solution", and click "Ok" to add a reference. 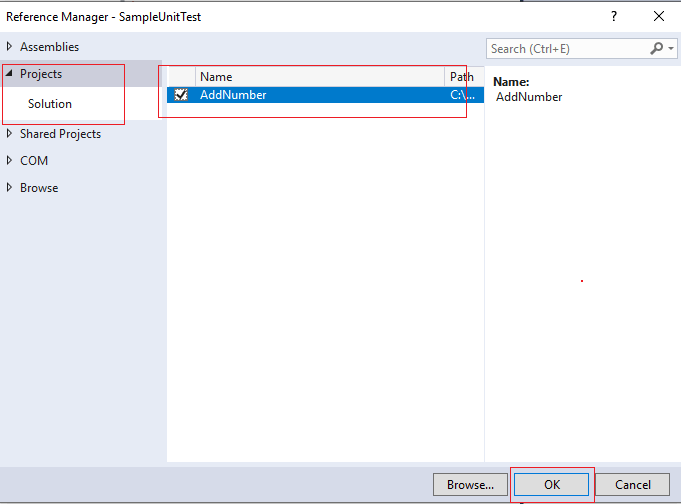 Step 5: Now use the below code in "UnitTest1.cs" to write Unit tests for "Add" method

In the above code, we have created 2 Test Methods

Test Method 1: Create an object of type "Numbers" class and then use its method to add two numbers using "num.Add()", which then checks if the output is greater than 0 or not.

Assert.True(Condition) Method in above code, check if the condition is true, if yes, then test is considered as passed.

Test Method 2: This Test method again creates an object of type "Numbers" class and then use its method to add two numbers using "num.Add()", which then checks if the result is coming as expected.

So, using Assert.AreEqual<int>(30, result); code we check if the method is returning expected output or not.

You can run these tests and check if the Tests are passed or not.

Then click on "Run All", you will see the output as below 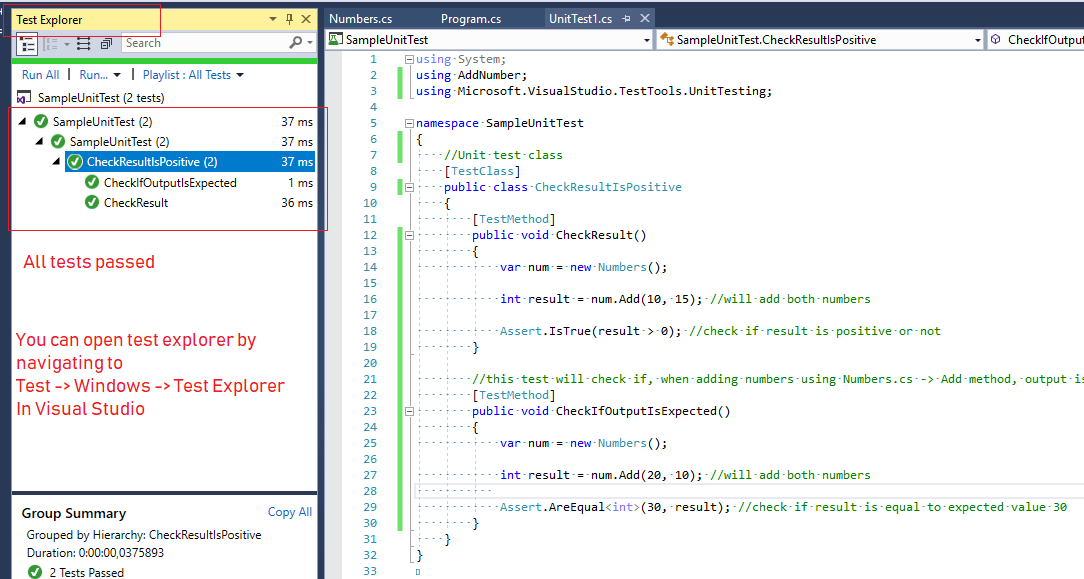 Once all test runs, bar turns green if all the test methods pass, or red if any of the tests fail.

If any test fails, most probably, your main C# code related to "Add" Method in Number.cs.

So that's it, these were basics of Unit Testing in C#.

You will need to use Assert Class methods appropriately to create your Unit Test Methods.

What are the other Unit Testing frameworks in C#?

The above example of Unit test uses MS Test.

MSTest ships with Visual Studio, so you have it right out of the box, in your IDE, without doing anything.

NUnit has a reputation for running tester more faster, and it has some nice additional features as well, including test annotations allowing easy specification of multiple inputs to a given test.

xUnit allows, dividing tests into "facts" and "theories" to distinguish between "always true" and "true for the right data," respectively.

What is responsive web design and it's importance